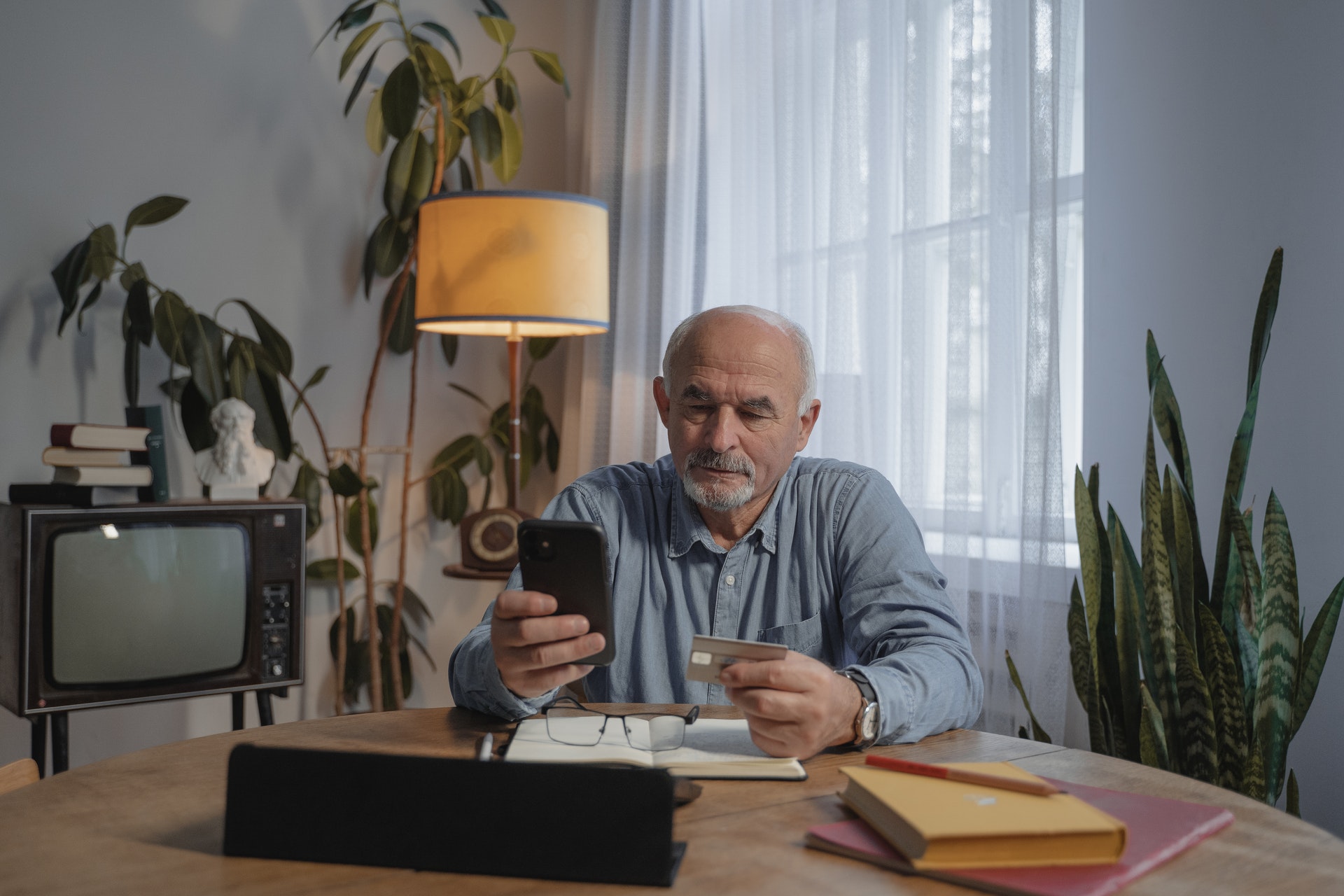 The Receita Federal do Brasil, the country’s tax authority, along with the OECD Transfer Pricing Unit, on April 12 publicly presented the policy guidelines and the main characteristics of the new transfer pricing system to be implemented in Brazil.

This article will contain my initial comments and analysis of each feature presented, so the text will always contain the information provided by the authorities and—where applicable—my take on each part. It will be divided in three sections: First, it will include a general overview of the project; second, it will explain the policy features mentioned; and finally, it will provide the final remarks and what should be expected in the following months.

Since 2017 when Brazil first expressed its intention to become an OECD-member as a policy, both bodies—Receita Federal and the tax unit of the OECD—have been working toward this achievement. It seems that the current Brazilian transfer pricing system was a major barrier towards it becoming a full member, so Brazil was required to change its system going forward. Thus the two bodies embodied efforts to evaluate and assess the existing regime. They first produced a joint report in December 2019 with two recommended options: Brazil should either make a gradual alignment toward OECD standards or make an immediate merger. Later on, in September 2020, another event was hosted at the local IFA branch, in which more detail was provided on the updates, as well as public consultation to gather input on the use of safe harbors and simplification measures.

The highest officials present, Brazil´s Minister of Economy Paulo Guedes and OECD tax policy director Pascal Saint-Amans, attended the 2020 event and demonstrated their public support for the project. From a political perspective, Guedes has always been a strong supporter of Brazil’s OECD membership and should continue to do so while this term runs out. Presidential elections will take place next October; should this government continue, efforts towards membership will continue.

After Guedes and Saint-Amans presented their speeches, Cláudia Pimentel of Receita Federal do Brasil and Tomas Balco of the OECD outlined the changes that will soon be made to the Brazilian transfer pricing system.

The period between 2020 and 2021 was labeled as the implementation stage in which tax policy design, capacity building, and safe harbour measures would be proposed. The subsequent period, in 2022 and 2023, are related to adoption and making the system operational.

The main characteristic of the new legislation will be a general part that will outline the arm´s length principle to guide the application of the system. It will literally be a cornerstone of the new system, aligned with OECD standards, followed by a special part, which will outline the specific types of transactions and methods. Striking a balance between a principle-based system, which governs the OECD transfer pricing guidelines, and the legal certainty principle embodied in Brazil’s constitution will certainly be one of the most difficult tasks to accomplish.

The April 12 presentation mentioned a list of situations in which the concept of related parties will apply should they be introduced to grant more legal certainty. This will be interesting to observe, as lists of this type are normally exhaustive (if a situation is not included, it will not be), but applying the arm´s length principle in a situation not listed could represent a related-party transaction. This remains to be seen.

The determination of contractual terms, functions, assets and risks, characteristics of goods or services, economic circumstances affecting the parties, or the market and business strategies will also be taken into consideration. This is completely uncharted territory for the Brazilian regulations, as legal certainty is provided with clear and direct definitions. The judiciary may be needed now more than ever.

The determination of the methods is now closer to what the transfer pricing guidelines recommend. Transactional profit methods—such as the TNMM and the profit split—will be allowed. Provision will also be made for the utilization of other methods (the presentation mentions valuation methods for intangibles). The “best method” approach will be observed, however, as well as the determination of the tested party, according to the availability of the documentation.

The inclusion of the transactional profit methods makes sense. Brazil was among the biggest supporters of the two-pillar solution that resulted in the global tax deal, but Pillar One could never be adopted in the country in the existing legislative scenario, where the split of the profit into amounts A, B, and C would be impossible with the existing transactional methods. The precaution for intangibles also makes sense, as there is still the possibility of transferring IP overseas using a cost plus 15% method—and that´s it. The best method approach is also something worth noting, as taxpayers today are allowed to pick the method that provides for the lesser adjustment. There would be a conflict between constitutional rights and a method “more suitable” to the transaction under the best method approach, as well.

Comparability—a pillar of the new system

Comparability will be a pillar of the new system. The new law should provide guidance on it. In the past years many cases resulted from a total disregard of documentation provided in a complete lack of trust between the tax authorities and the taxpayers. Strengthening this relationship will be vital to the success of the new regime.

New features will also include the possibility of correlative adjustments, spontaneous adjustments (but also primary adjustments, should the arm´s length not be applied), and conforming adjustments (under a MAP, for instance). This is important because Brazil has never allowed such adjustments and has always reserved its right to not include paragraph 2 of article 9 of the OECD Model Tax Convention in its treaties.

The commodities transactions will also be tested under the OECD guidance, broadening the comparability adjustments and aiming to capture the actual market value of the commodity.

Intangibles are another strong point of concern. DEMPE analysis for allocation of revenue and expenses, a definition of intangible for transfer pricing purposes, valuation methods and guidance on dealing with uncertainties will also be provided. In addition, the current deductibility limitations will be reviewed, functioning much more as an anti-abuse mechanism, interacting with the arm´s length principle.

Intragroup services will be considered, as well, and—in our opinion—represent a huge development. The new legislation will consider the situations in which a service charge is appropriate or not. Those that are not appropriate are usually related to shareholder activities or a duplicate service (which is normally not deductible in Brazil, outside of the necessary expense concept). Direct or indirect allocation keys may be used, and the safe harbor for low value-added services must also be considered (although the 5% mark-up was not mentioned). Cost Contribution Agreements for research and development and services will also receive special consideration, including determination of adequate compensation.

Here, we must remember that any imported service is subject to an aggregate tax levy of 40%. Although not transfer pricing related, the recognition of the intragroup collaboration (and not servicing) must be put in place for this to succeed—avoiding this additional taxation.

Business restructuring regulations will be implemented, mainly to assure adequate compensation in the transfer of activities that have the potential for generating profits.

Financial transactions are important and will also be considered. As of today, deduction of interest follows a basic rule—normally LIBOR plus 3.5% for most cases. Guidance of debt placement, cash-pooling, guarantee fees, and captive insurance must also be considered, as they are inexistant today. An important remark was also made, as other rules for interest deductibility will remain, such as our thin-capitalization rule.

Prevention of disputes is a point of concern – so the Receita Federal will be authorized to celebrate advanced pricing agreements, and the ongoing work of determining Amount B under Pillar One have been mentioned as measures in this regard.

As of today, Brazil does not require a master file or a local file. The information is included in the SPED file (corresponding to the tax return). These files, as well as the existing country-by- country report, will be required. As a general policy concern, special attention will be given to penalties and presumptions. This point is relevant because the tax authorities are obliged under the law to apply fines in any tax assessment, and a negotiation can be made only in certain circumstances and within the parameters foreseen in the law.

As for next steps, both Receita Federal and the OECD have stated a continuing desire to cooperate with interested parties.  The legislative package is still to be finalized and sent to  Congress. The form of the legislative package was not mentioned. If it goes through a provisional measure, which may be converted into law within 120 days or formally rejected, or through draft legislation, (which would require a deeper discussion,) but probably allowing room for more changes to be made—therefore deviating from the arm´s length.

Considering the necessity of an approval as close as possible to the transfer pricing guidelines—as well as the recent rush created by the implementation of TD 9959 from the Internal Revenue Service of the United States—disallowing the foreign tax credit paid to Brazil (as the country does not adopt the arm´s length principle), the author’s personal opinion is that the president could submit a provisional measure before the end of this year. But again, this procedure is still very uncertain and impossible to predict in the near future.