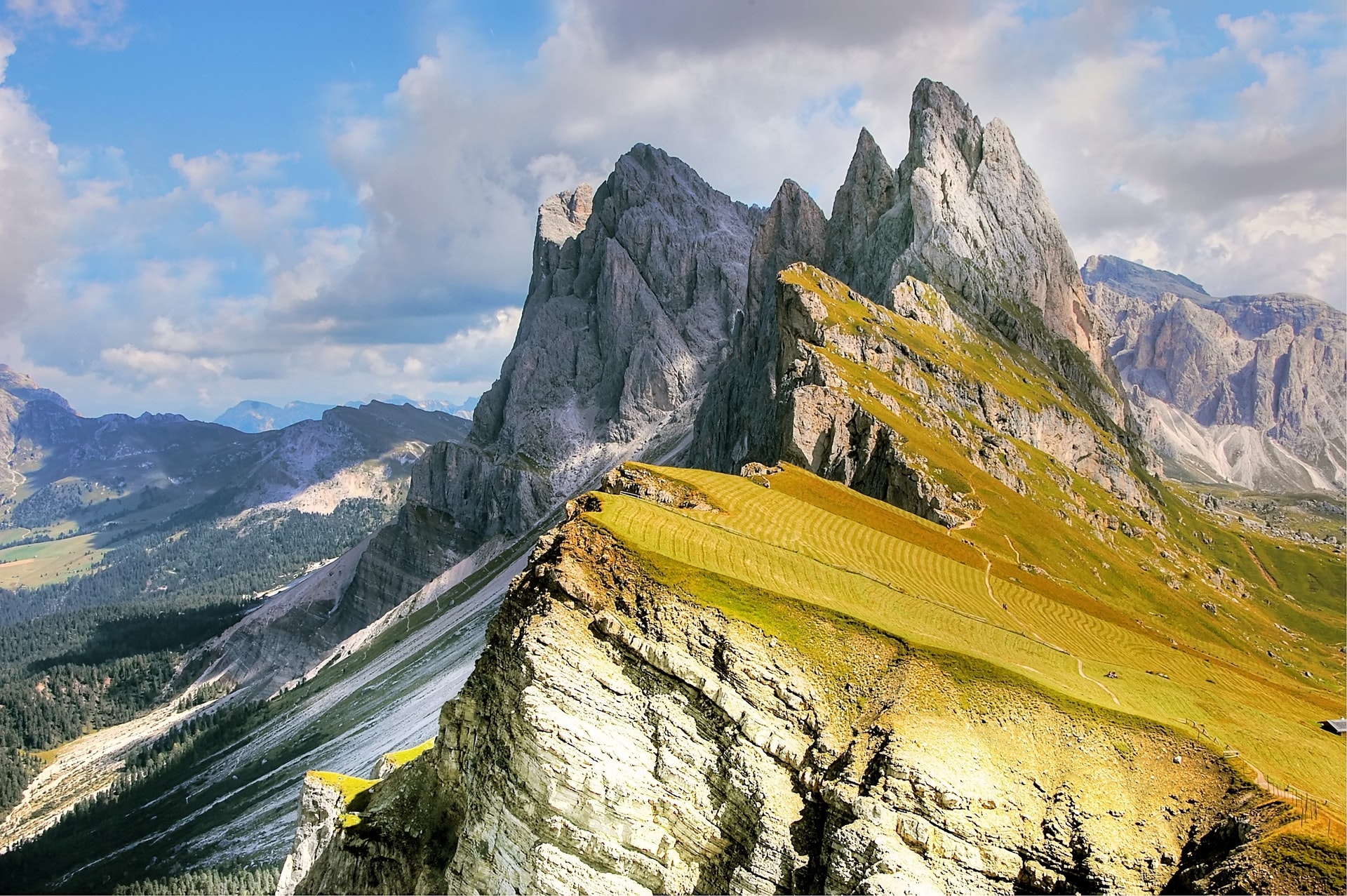 If you follow world politics, you know that Emmanuel Macron is the President of the Republic of France. Did you know that he is also an elected monarch?

The French elected him their President, but simultaneously, Macron serves as an unelected Prince of another sovereign nation. Can you guess which one?

Here are a few hints: In land area, the country in question is the sixteenth smallest in the world. Its 181 square miles is just twice the size of Boston and approximately 15 percent of the state of Rhode Island. About 77,000 people live in it. At 3,356 feet above sea level, its capital city is the highest in Europe.

This country—Andorra—is one of Europe’s seven “micro-states,” quaint and tiny nations which are political holdovers from the distant past. The other six are San Marino, Liechtenstein, Luxembourg, Monaco, Malta, and Vatican City. Andorra is landlocked and sandwiched in the eastern Pyrenees Mountains between France and Spain. It boasts one of the world’s longest average life expectancies.

My most vivid memories of visiting it in 2004 are the simmering kettles of tasty and aromatic paella; the spectacular views and dry mountain air; and world class shopping at discount prices.

Micro-states are fascinating and among the freest enclaves in the world. That’s especially true of San Marino today and Ragusa centuries ago. The small size of these places works in favor of their freedom. A government composed of neighbors you know may be naturally more accountable than distant bureaucrats and politicians you don’t know.

Tourists in Andorra vastly outnumber the local population—more than 10 million annually. Skiing in the winter and shopping in the summer are mainstays of the local economy. Sheepherding is bigger than agriculture because only two percent of the land is arable, due to the mountainous terrain. The capital city, Andorra la Vella, claims about 22,000 inhabitants; when the immediate urban area is included, that climbs to 40,000, or a little more than half the country’s population.

According to local lore, Andorra’s origins are steeped in the 8th Century conflict between the Christian kingdoms to the north and the Moslem-controlled territories to the south. The original Andorrans emigrated there to avoid Moslem attacks. Charlemagne, who proclaimed himself the first Emperor of the Holy Roman Empire in 800 A.D., provided protection for the Andorrans. But it was his son Louis the Pious for whom Andorrans owe the greater debt.

Louis did more for Andorra than merely drive out its enemies. It was he, it is said, who first formally recognized the locality as a self-governing political unit and fixed upon the natural barriers of gorge and river and mountains which, to this day, form the boundaries of the country. In the ruined and half-depopulated villages, he settled a number of his own soldiers; and, in order to reconcile them to living in this out-of-the-way and unfertile region, he made its inhabitants free from every kind of tax or impost. Best of all, from the viewpoint of the continued existence and integrity of the new state, he placed it under the protection of one of his most valiant knights, whom he created the Count of Urgell [a principality within Catalonia], the district from which the Andorrans had originally emigrated. As a token of his own ultimate sovereignty, Louis demanded only an annual tribute of a couple of the trout for which the Valira [River] has always been famous.

The Counts of Urgell ruled Andorra from 805 until 988, when the Bishop of Urgell was made a co-prince. In 1278, the power of the Count passed to the Count of Foix, a principality in what is now France, and then in 1608, to the French head of state.

Incidentally, that arrangement in 1278 known as the “paréage” remains one of the seminal events in the country’s history. In his 2004 book, Secrets of the Seven Smallest States of Europe, Thomas Eccardt maintains that the paréage “essentially froze Andorra in political time for the next 715 years.” According to Eccardt, it “required the Andorrans to pay a biannual tribute to each of the corulers, the counts of Foix and the bishop of Urgell. And in addition to about eight dollars, the bishops got six hams, six cheeses, and twelve hens every other year until 1993.”

Today, the country is a very unique “parliamentary co-principality” featuring the president of France and the Catholic Bishop of Urgell in Catalonia as largely ceremonial co-princes. Governance is exercised by a unicameral legislature (called the General Council) in a competitive, multi-party system. A prime minister is chosen by the legislature.

In its Freedom in the World 2021 survey, Freedom House ranks Andorra in its highest category—a “Free” country scoring an impressive 93 on a 100-point scale of political and civil liberties. Both its neighbors—France and Spain—rank a little lower, at 90.

“The legal and regulatory framework,” the survey reports, “is generally supportive of property rights and entrepreneurship, and there are few undue obstacles to private business activity in practice.” Elections are free and fair; the judiciary is considered impartial, independent, and generally free from political pressure; and Andorrans are free to express their opinions, practice their faiths, and demonstrate in peaceful assembly against the government.

Freedom House also offers two especially interesting observations. One is this: “There are no restrictions on academic freedom, and the educational system is free from indoctrination.” I wish we could say that about our public schools.

The other observation is—New York City, take note—Andorra “has strict naturalization criteria, and more than 50 percent of the population consists of noncitizens who do not have the right to vote.”

Depending on one’s view of abortion, this fact will draw strong opinions: Freedom House notes that “Andorra remains one of the few countries in Europe where abortion is completely prohibited, with penalties for both doctors and patients who undergo the procedure. Abortion is relatively accessible in neighboring France and Spain, though this option can be expensive for Andorrans.”

Andorra’s entry in CountryReports reveals that this miniature dominion,

has a developed economy and a free market, with per capita income above the European average and above the level of its neighbors, Spain and France. The country has developed a sophisticated infrastructure including a one-of-a-kind micro-fiber-optic network for the entire country… Andorra uses the euro and is effectively subject to the monetary policy of the European Central Bank. Andorra’s comparative advantage as a tax haven eroded when the borders of neighboring France and Spain opened and the government eased bank secrecy laws under pressure from the EU and OECD.

Leary paid a fine tribute to the Andorrans in his 1919 book: “They are very proud of their country but evince no special desire to boast about it to others. They just want to be left severely alone.” Decades before the EU, Leary found the Andorrans to be masters at smuggling. “Only a race of angelic beings could withstand the temptation to evade the customs duties between France and Spain,” he wrote.

Frankly, I find dodging another country’s onerous customs duties as far less problematic than complying with demands from EU bureaucrats to raise taxes and regulations. At least Andorrans are still permitted to sell goods at prices lower than the EU, and numerous goods are completely duty-free.

“Andorra is a popular business environment for entrepreneurs who want to start their own company,” writes Guy Sharp, a native Andorran financial advisor. Why? Because “you get many of the benefits of Europe without the high taxes.”

“Whether your plan is to incorporate or live in Andorra,” says Sharp, “you will be treated to some of the lowest tax rates in the developed, compliant world.” The maximum personal income tax rate, as well as the capital gains rate, is just 10 percent. The corporate profits tax is only slightly higher and is half the US rate. Real estate is completely exempt from inheritance and transfer taxes. Most goods are subject to a modest value-added tax rate of less than five percent. Andorra is also friendly to digital currencies:

Andorra is a hidden gem when it comes to working with cryptocurrencies such as BTC, ETH, SOL and so on. The country remains open for this kind of business while also providing several advantages for those looking to establish operations. With minimal tax rates for cryptocurrency profits, Andorra can prove to be a great option if you choose to move and become a tax resident here.

In my favorite Marx Brothers film, Duck Soup (1933), Groucho played the leader of a small, fictional country called Fredonia. I can assure you that Andorra is a much freer place. I can’t resist sharing with readers a clip from Duck Soup in which Groucho sings of Fredonia’s shortcomings.