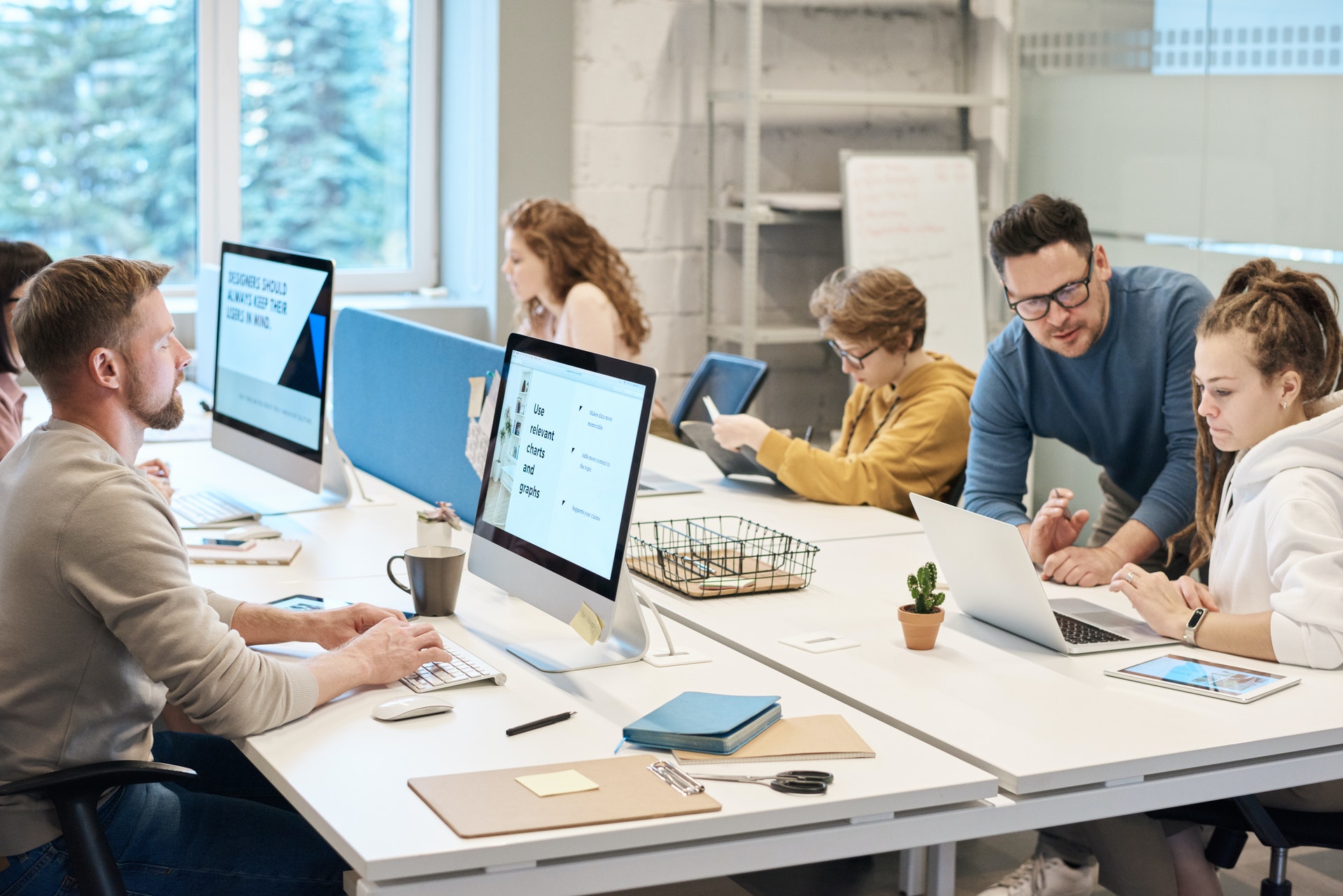 By Leopoldo Parada, University of Leeds School of Law

In one of his opinions of December 16, 2021 –– Case C-885/19 P Fiat Chrysler Finance Europe v Commission (“FFT appeal”) –– Advocate General Priit Pikamäe recommends the Court of Justice of the European Union (CJEU) dismiss the FFT appeal in its entirety. This decision, which differs from his recommendation to uphold an appeal Ireland separately brought in this case, is not surprising in many aspects, particularly if one considers other recent similar cases concerning state aid and tax rulings.

In a nutshell, the FFT appeal is based on three main grounds. First, the fact that the EU General Court would have erred in law as regards the economic analysis of advantage for state aid purposes. Second, FFT argues that the General Court’s decision would be vitiated by an inconsistent and contradictory reasoning regarding the application of the arm’s-length standard. Third, and finally, the General Court would have infringed on the principle of legal certainty when endorsing an “ill-defined” arm’s-length standard, generating a presumption of selectivity that would have been applied to the tax ruling at issue.

As follows, the three grounds of appeal are analysed.

As for the first ground of appeal, FFT argues that the General Court would have erred in law as regards the economic analysis of advantage for state aid purposes. In other words, FFT states that it was not up to the General Court to conclude that the tax ruling at issue approved a methodology that “went beyond the broad margin of appreciation which must necessarily be allowed in this area,” especially considering the complexity of the financial transactions and the element of subjectivity inherent in the transactional net margin method (TNMM).

Beyond the technicalities of the TNMM on which the Advocate General’s opinion is based, it is remarkable that the Advocate General recommends the CJEU uphold what seems to be a new prerogative of the Commission, which is to use the arm’s-length standard as a sort of free-standing obligation (a tool or benchmark) to check member states’ correct profit allocations. This is not entirely surprising, though. Indeed, in similar cases, like Apple and Amazon, the General Court already supported this approach, using the CJEU’s decision of Forum 187 as a basis for argument. A similar result can be found in the General Court’s decision in Fiat, which is now corroborated by the Advocate General’s opinion in this appeal.

The problem with this reasoning is twofold, in my view.

First, it appears to violate the well-settled understanding that member states are sovereign to decide what events should be taxed in direct tax matters, and how that taxation should take place within the geographical limits of their territory. In other words, it confirms that the alleged sovereignty of member states in direct tax matters is not such and that an arm’s-length control, exercised by the Commission and affecting the proper allocation of profits, is now possible.

Second, it puts at risk the advanced legal certainty offered by the whole system of tax rulings in Luxembourg and beyond. Indeed, and despite the criticism––sometimes valid––that one can pose on the tax ruling system in countries like Luxembourg, it is undeniable that tax rulings accomplish an important role to provide legal certainty to taxpayers. Therefore, it is highly criticisable that an ex-post evaluation of the allocation of profits may change a previously agreed outcome. If this will be the case from now on, what is the purpose of seeking advanced legal certainty at all?

Some tax scholars have tried to justify––persuasively or not––the General Court’s approach in these matters, arguing that this would attend to the reflexive character of transfer pricing or what they denominate a “reflexive transfer pricing law” (see Cees Peters, Critical Analysis of the General Court’s ‘EU Arm’s Length Tool’: Beware of the Reflexivity of Transfer Pricing Law!  EC Tax Rev 1, 2022). In other words, because transfer pricing is the result of a high degree of discretion left to taxpayers regarding the allocation of profits within a group of companies, it would be correct to use the arm’s length as a “tool for control.” The argument is sound but not truly convincing since the same level of discretion that one could attribute to the arm’s length could also be attributed to a 100% formulaic transfer pricing system. Would this also mean that the Commission would have the prerogative to check the “correct application” of a formula settled beforehand? If one adheres strictly to this argument, the answer probably should be yes.

Second and third grounds: the application of a sui generis arm’s-length standard

As for the second ground of appeal, FFT argues that the General Court’s decision would be vitiated by an inconsistent and contradictory reasoning regarding the application of the arm’s-length standard. This idea is reinforced in the third ground of appeal where FFT argues that an “ill-defined” arm’s-length standard would allow the Commission to shape the scope of this standard at its own will, creating significant legal uncertainty both for the member states and for undertakings.

The General Court’s inconsistent and contradictory reasoning would be represented by the fact that, on one hand,  the court expressly endorses the Commission’s approach used in determining a selective advantage. That is,  member states would be hypothetically obliged to apply an arm’s-length standard that is inherently recognized in their tax systems, and which would derive from Article 107 TFEU (as a principle of equal treatment in taxation), being also informed by the OECD transfer pricing guidelines. However, on the other hand, and at the same time, the General Court would emphasise that the application of the arm’s length is conditional to its incorporation into the domestic law of the member state at stake. This evident contradictory reasoning would, according to FFT, breach the General Court’s obligation to state reasons for its decision.

Advocate General Pikamäe does not find any contradiction or inconsistency in this line of reasoning. Indeed, in his view, the General Court would not be––as interpreted by FFT––making a claim to incorporate the arm’s length as a domestic law standard to apply it. Rather, it simply would be confirming that the arm’s length standard is applicable irrespective of whether or not it has been expressly codified in national law, provided it can be seen that the national system of corporate taxation seeks to treat integrated companies in the same way as stand-alone companies for tax purposes.

The Advocate General’s clarification is welcome but worrisome. Indeed, if followed by the CJEU, it may have important implications that go beyond this case.

First, if the CJEU follows the Advocate General’s interpretation of the General Court’s decision, it would mean that every time that member states do not draw a distinction between integrated and stand-alone companies, a sui generis arm’s-length standard could serve as a benchmark to determine the existence of a selective advantage for state aid purposes. This reasoning is not only incorrect but it also contradicts the essence of good reasoning in state aid case law, which should be based on proper legal grounds and not on the artificial construction of reference frameworks—especially on the application of sui generis standards.  Second, and if the CJEU embraces the Advocate General’s reasoning here, it will be interesting to see whether the CJEU has any say regarding the opposite situation; that is, when a member state’s domestic law draws a clear distinction between stand-alone and integrated companies. The CJEU did not refer to this at all in the recent  Amazon decision, so perhaps this is the right time for it.

I do sympathise with the substantive part of FFT’s grounds of appeal. After all, if the CJEU agrees to follow the Advocate General’s opinion, the CJEU not only would be agreeing with the potential application of a sui generis arm’s-length standard but also with the precarious idea that the Commission is now entitled to exercise a “transfer pricing-method control” for state aid purposes. This is indeed a dangerous precedent for legal certainty and the correct application of state aid law. Let’s wait and see what the CJEU will finally hold.